Permission denied (publickey) when trying to ssh to container

suddenly circleci containers start refusing my ssh connections. I believe it start happening after I updated the GPG key but I have no clue how this could be connected.

I repeated all the steps from Debugging with SSH - CircleCI and everything seems to be fine:

The used for authentication to github is also offered while connecting to circle:

What else I can try?

If you re-added a GPG key, you might have to Unfollow the project on the UI and then Follow again in order to verify auth

GPG key is used only for signing commits, not for SSH auth. And I already tried to unfollow, sing out and remove OAuth token - nothing helped.

I am seeing identical behavior except I have not changed a gpg key. Is it possible circleci changed something regarding minimum key length or algo? I have a 2048 bit length SHA256-RSA key that has worked in the past. It still authenticates to GitHub without issue. It is only sshing to circleci jobs that give me the error:

+1 on this issue, myself and some coworkers experiencing this seemingly out of no where.

Have confirmed that SSH keys work for github following debug steps linked above. Everything “seems fine” alas nothing.

Even tried adding new keys and everything,. 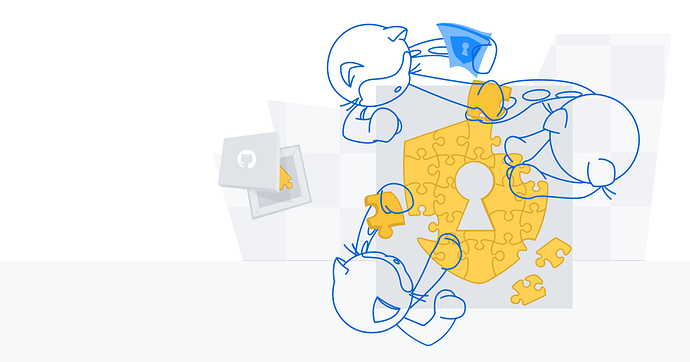 We’re changing which keys are supported in SSH and removing unencrypted Git protocol. If you’re an SSH user, read on for the details and timeline.

Let me know if the above information helps.

I ran into this today after updating to Pop OS 22.04. More relevant I think is that my OpenSSH version was also updated (8.9).

I was seeing the same issue as @brandonw eg.

A co-worker of mine pointed out that there were some breaking changes as of OpenSSH 8.8 that may affect signatures used. From https://www.openssh.com/txt/release-8.8:

Incompatibility is more likely when connecting to older SSH
implementations that have not been upgraded or have not closely tracked
improvements in the SSH protocol. For these cases, it may be necessary
to selectively re-enable RSA/SHA1 to allow connection and/or user
authentication via the HostkeyAlgorithms and PubkeyAcceptedAlgorithms
options.

Indeed if I add the suggested changes to ~/.ssh/config, I can get past the error above with my old keys:

This would imply that CircleCI is using an old SSH agent and needs to update for compatibility with newer client agents. Or CircleCI needs to inform users to update to a SHA256/ED25519 key.

I am running into the same issue as everyone else, and seeing the “no mutual signature algorithm” error as posted above.

@m4olivei 's solution of creating a .ssh/config file resolved the issue for me.

I needed to do this after an upgrade to Ventura on Mac OSX. SSH config solution works if I put the host name for the SSH session as the Host directive